January 10 – Scott C. Morgan reviews Blue Over You for the Windy City Times. 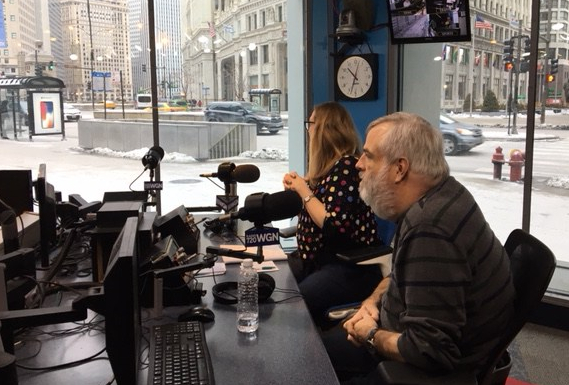 Sarah and Dan in the Studio!

Thanks to North Shore Magazine for their gracious preview of Blue Over You, on newsstands now! Click here to read the full story! 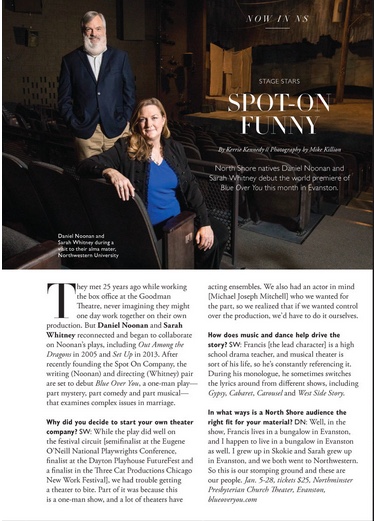 Special thanks to Bill McLean and Evanston Magainze for the preview of Blue Over You! Click here to read the full article!

January 5 marks the first fully-staged production of Blue Over You (BOY), but this quirky gem has been delighting audiences for more than five years on the festival circuit!

It received a standing ovation at the Dayton Playhouse Futurefest, was a semifinalist at the Eugene O’Neill National Playwrights Conference, a finalist in the Three Cat Productions Chicago New Works Festival and received an Honorable Mention in the New Works of Merit Playwriting Competition 2015.

You know how those dang hipster millennial kids liked something “before it was cool”? Here’s your chance to see the first-ever full production of Blue Over You – plaid shirts and mason jars optional. 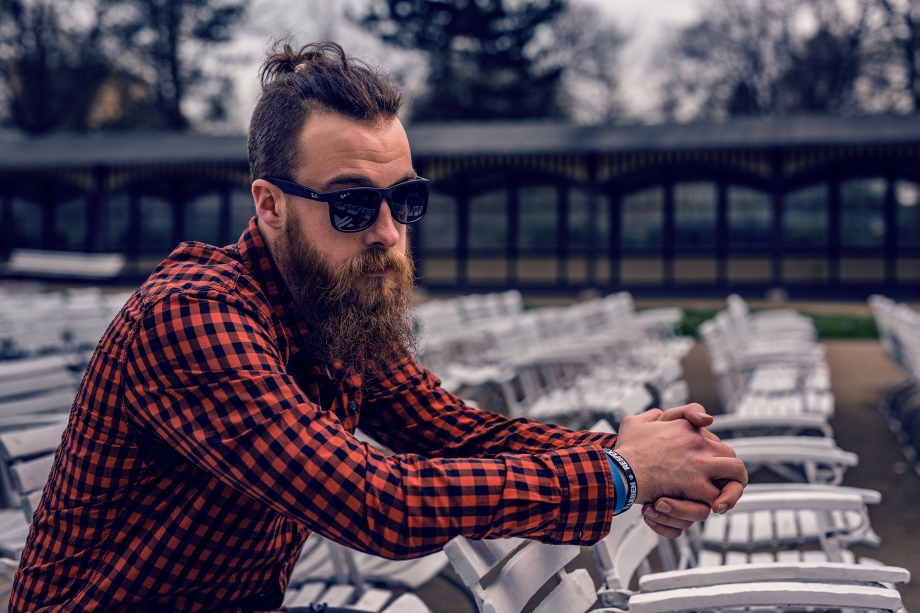 Dan Noonan and Sarah Whitney, co-founders of Spot On Company, have known each other for twenty-five years. Sarah hired Dan in 1993 at the Goodman Theatre when Sarah was directing the Front of House and Box Office operations there. Dan remembers being awful at the job. Sarah remembers how much she laughed during Dan’s shifts. “His wonderful storytelling helped pass the long hours in that tiny office.” 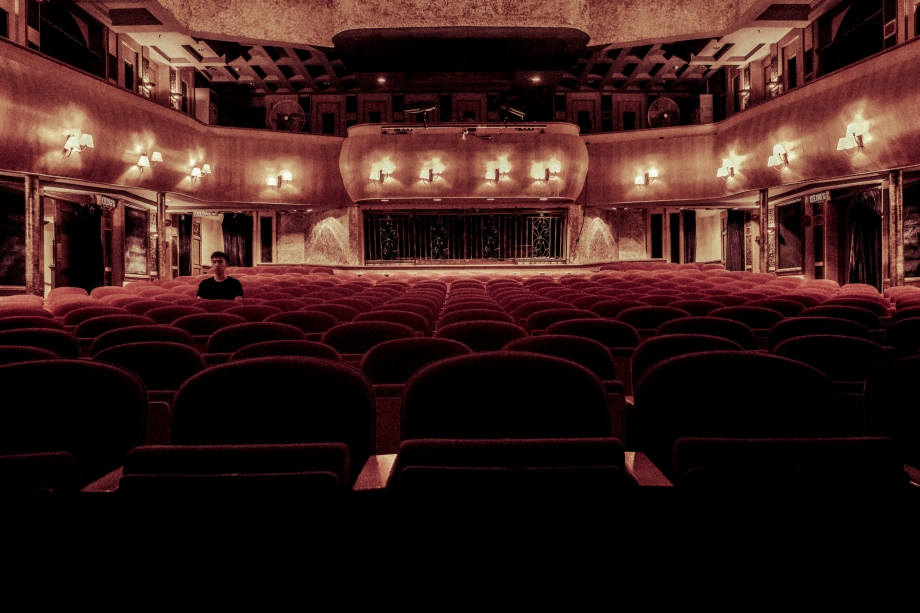 “I was so thankful for his humor,” Sarah remembers. (Side note: Scott McPherson’s sad and funny Marvin’s Room was debuting in the Goodman during that time. And McPherson was a Goodman Box Office alum years prior as well. A good breeding ground for writers it appears.)   At the time, Sarah didn’t know Dan was a playwright and Dan didn’t know Sarah was a director.

Fast-forward a couple of years. Sarah was called in to direct some Deadline Workshop scenes at Chicago Dramatists. She was so surprised when she walked into Dramatists and found Dan. She got a chance to direct his work then, and has been hooked ever since.

Sarah says “Dan tackles the tough issues in his plays. The life-and-death matters. He presents me with questions that challenge me to look at others with more compassion. And he does this with his humor and intelligence. My guard is down when I’m laughing, and that’s when he weasels his way into my humanity. Dan deals with major health problems, both in his life and his work, and he’s the first to find a way to make fun of these situations, while at the same time, raising serious questions for his audiences to ponder.”

Dan was born with severe hemophilia. As a person living with several chronic health conditions, including HIV which he contracted from a blood transfusion when he was 13, Dan likes to have characters with serious health conditions in his plays. He prefers a “smart-ass cripple over a brooding leading man any day of the week. They are much more compelling,” asserts Dan. This production of Blue Over You is especially significant to him because Dan turns 50 the same month that Blue Over You opens. It is a milestone for Dan both artistically and personally; it is a celebration of the great fortune of good health and life saving drugs. “I never thought I would live in adulthood when I was growing up. Most hemophiliacs didn’t,” Dan reveals. “So the fact that I’m not only still here, but getting to see my work produced, is pretty amazing.”

Because she is the daughter of Chicago veteran actress Ann Whitney, Sarah is an actor’s director, but a playwright’s director also. According to Dan, “Sarah knows how to take great care of her actors, but I love how she works with me as a writer. She’s drawn to new plays and knows how to help writers move their scripts forward. She doesn’t tell me how to write my plays, but asks just the right questions that help clarify the story, raise the stakes, and make it as impactful as possible. Sarah is also an expert in mining the humor that lies within. She sees herself as a professional audience member. And she always makes me see the play from that standpoint as well.”

Sarah and Dan have collaborated together on several of Dan’s plays, including Out Among the Dragons which was produced at Northminster Presbyterian Church in Evanston in 2005 and was highly recommended by the Chicago Tribune and Chicago Reader. Then, Sarah helped Dan develop his play Set Up which was successfully produced in 2013 at TheatreBam Chicago. And now they are excited to present their latest collaboration, Blue Over You in January 2018 once again in Evanston.

After looking to find a home for Blue Over You, Sarah and Dan decided that life is too short and that they should go ahead and produce the show themselves. They founded Spot On Company and were fortunate enough to cast Michael Joseph Mitchell. Sarah said, “Michael has been pivotal in workshopping BLUE over the years it has been in development. We really are blessed he’s available for this. He’s the perfect, a self-proclaimed ‘Musical Theater Nerd.’ He’s loved the character of Francis from the start. And now we are thrilled to be able to bring it all to fruition.”

Where’s Mitzi? What happened to Mitzi?! Francis, an enchanting, high school drama teacher, comes home to discover that his wife, Mitzi, is missing. Did she leave because of his infantile behavior, has she run off with the hunky maintenance man, or is something much darker at work here? Join this song-and-dance man as he tries to find Mitzi and woo her back!

Blue Over You opens January 5 in Chicago!